This is It
and I am It
and You are It
and so is That
and He is It
and She is It
and It is It
and That is That.  – James Broughton

These are conflicted times.  It’s easy to lose ourselves in the maze of social and mainstream media, to become disoriented by the barrage of information and confusing or unsettling news that inundates us at ever turn.  What’s real? What isn’t?  What’s truth? What’s lies? Where’s our place in the overall scheme of things?  And maybe “Why is this happening to us?” – whatever “this” might be.

Some people try to  find refuge in faith. Others in service.  Others in work, or music or

art.  And many others, in games and frivolous distractions like cat memes and YouTube videos,  the bread and circuses of the 21st century.  It’s easy to become unmoored when the world starts to feel like an Escher painting,  or a Dali landscape , where stairs lead nowhere and clocks melt on the walls.

Finding – and maintaining –  a sense of unshakable purpose that endures in an ever changing world can seem an insurmountable challenge sometimes.   But when our anchor loses hold and the cracks in our convictions starts to show, it’s good to remember that we are not separate from the world, affected or acted upon by it, but that we are,  in fact the thing itself.

Rediscovering that, reminding ourselves of our integral and inseparable relationship with the world around us, can help us find our footing creatively, philosophically, and socially.  It can put us back in the driver’s seat – because neuroscientists and philosophers will tell you – we are, in fact, the drivers of our own lives and it’s only when we view ourselves as distinct and separate from the world, that we feel steamrolled by it.

“Our normal sensation of self is a hoax, or, at best, a temporary role that we are playing, or have been conned into playing — with our own tacit consent, just as every hypnotized person is basically willing to be hypnotized,” wrote British philosopher Alan Watts. “The most strongly enforced of all known taboos is the taboo against knowing who or what you really are behind the mask of your apparently separate, independent, and isolated ego.”

Watts’ musings on the Ego and the Universe are worth revisiting, especially at a time when “reality” can seem unreal.

“The world presented to us by our perceptions is nothing like reality.” says Donald D. 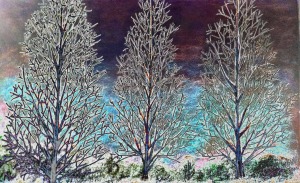 Hoffman, a professor of cognitive science at the University of California, Irvine. (The Case Against Reality, The Atlantic)  All roads, for neuroscientists and physicists, says Hoffman, lead back to the observer.

“Evolution has shaped us with perceptions that allow us to survive. They guide adaptive behaviors. But part of that involves hiding from us the stuff we don’t need to know. And that’s pretty much all of reality, whatever reality might be. If you had to spend all that time figuring it out, the tiger would eat you.”  says Hoffman.

Watts said there were typically two basic responses to the paradox and conflict of life: hermitage and service.  But there’s a third option he said, ” Not withdrawal, not stewardship on the hypothesis of a future reward, but the fullest collaboration with the world as a harmonious system of contained conflicts — based on the realization that the only real “I” is the whole endless process. ”

We already know this, said Watts.  We just have to accept it.

“Don’t try to get rid of the ego-sensation. Take it, so long as it lasts, as a feature or play of the total process — like a cloud or wave, or like feeling warm or cold, or anything else that happens of itself. Getting rid of one’s ego is the last resort of invincible egoism! It simply confirms and strengthens the reality of the feeling. But when this feeling of separateness is approached an

Or put another way, as my friend Greg Serio writes, “Stare at the face of the demons that haunt you one last time and smile. Look it in the eyes, and make it disappear.  ”

Rather than fight the pit of fear and self doubt, and take the safe road, he says, embrace  those feelings as your compass.

“…when the line between myself and what happens to me is dissolved and there is no stronghold left for an ego even as a passive witness, I find myself not in a world but as a world, ” said Watts.

As a world “which is neither compulsive nor capricious. What happens is neither automatic nor arbitrary: it just happens, and all happenings are mutually interdependent in a way that seems unbelievably harmonious. Every this goes with every that. Without others there is no self, and without somewhere else there is no here, so that — in this sense — self is other and here is there.”

“And therein lies the essence of what Watts is proposing,” writes Maria Popova.  ” — 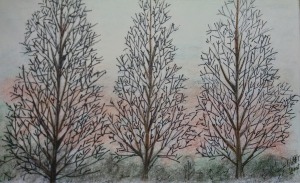 “The greatest obstacle to living is expectancy,” said Seneca, ” which hangs upon tomorrow and loses today. You are arranging what is in Fortune’s control and abandoning what lies in yours.” 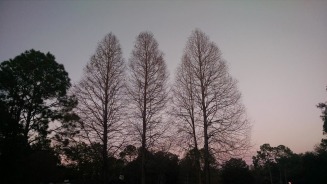 You’re in the world, said Mary Oliver, even if you never intended to be. Don’t fight it.  Start belonging to it.